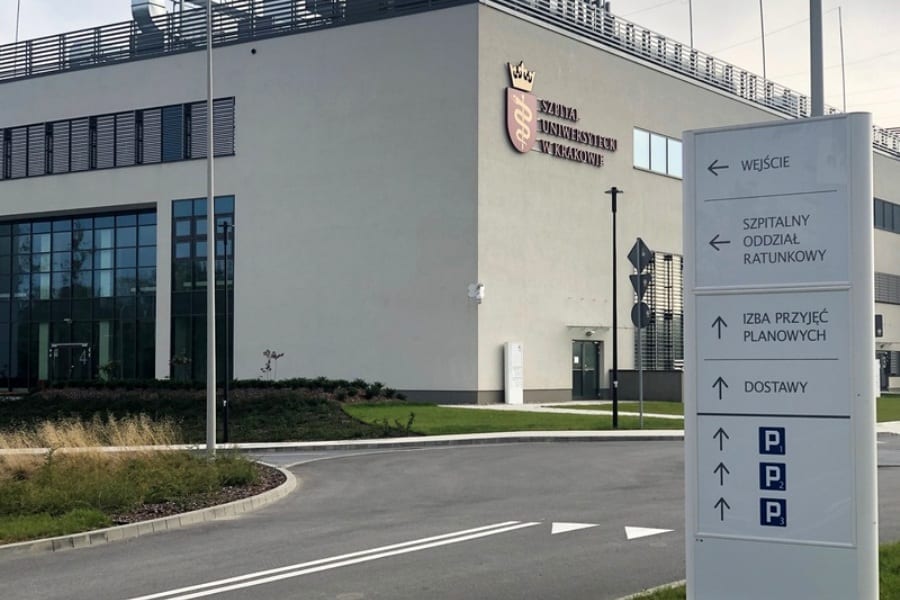 On 29th October, the new Szpital Uniwersytecki in Krakow officially opened its new section. It is one of the most modern and best equipped hospitals in this part of Central and Eastern Europe.

The new premises of the Szpital Uniwersytecki will have 925 beds, only in double rooms with sanitary facilities. The facility will include 25 clinical wards, 27 specialist clinics and an integrated operating suite consisting of 24 rooms, including two hybrid and transplant rooms.

The first patients will be admitted to the new hospital in two weeks, in mid-November. The wards and clinics from the old headquarters, the complex on Kopernika Street, will be gradually moved to the new location. Interestingly, the hospital is not planning any interruptions in the provision of services. The first ones to be moved will include departments of nephrology, general surgery, infectious diseases and gastroenterology. The move is scheduled to end in the first quarter of 2020.

A qualitative leap in access to benefits in Kraków

The construction of the hospital took 4.5 years. The cost of the investment exceeded PLN 1.2bn. Most of it came from external sources of financing, including the Regional Operational Programme. Nearly PLN 290m was allocated for the purchase of equipment.

The Szpital Uniwersytecki will be equipped with a cybernetic knife, a tomotherapy device, an O-arm X-ray device, an intraoperative radiotherapy device, a surgical and neurosurgical robot (Rosa, about which we wrote here) or HDR brachytherapy systems. Some of the installed technologies were not previously available in Poland, which means a qualitative leap for Polish patients.

Areas for hospitals in Kopernika Street will be purchased by the city of Krakow.

Stickers on fruits as a reminder about prevention

Grudziadz: The confusion around the indebted hospital continues

Changes to Scanmed’s board of directors