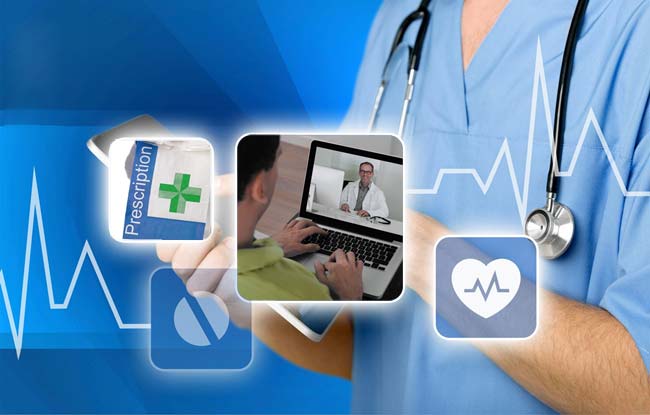 In 2017, the so-called hospital network came into force, limiting the development of private entities in the hospital sector in the part financed by the public payer. Private entities limited their investments while looking for new niches. Telemedicine, which allows to reduce costs and accept more patients, is one of them.

Companies operating on the telemedicine market announce a significant increase in the number of patients covered by such services, as well as the expansion of their offer and new investments. Therefore, we estimate that in 2018 the market will accelerate and then be subject to minor fluctuations at the level of more than 25% annually from 2019, thanks to better and more widespread functioning of IT systems in healthcare in Poland (see graph: Value (million PLN) and dynamics (%) of the telemedicine services market in Poland (2018-2023).

The lack of consciousness is a barrier to growth

A survey conducted by PMR specifically for the report among non-public entities offering telemedicine services showed that currently the largest group of barriers to the development of telemedicine in Poland focuses on the lack of awareness of the existence of such a service among patients (many of whom are elderly people who also have difficulty using technological novelties) and the related lack of interest in the service. What is interesting, respondents also point out that doctors are reluctant or too slow to accept such services (see graph: Barriers to the development of telemedicine in Poland (%), 2018). It is worth noting that the percentage of indications of reluctance of physicians increased significantly in 2018 compared to the situation observed at the beginning of 2017. Perhaps it is related to the difficult situation on the labour market (doctors may perceive telemedicine solutions as competing with their knowledge and experience and reducing their advantage related to staff shortage) and generally bad moods in the doctors’ environment in recent months.

Quite a large group of entities present on the market mentions the lack of clear legal regulations allowing to finance services by the National Health Fund as a significant barrier.

PBKM: over PLN 100 million for acquisitions

PBKM will go public in Frankfurt?

Scan-Anida as part of Aflofarm, will there be further acquisitions?

Mail order sales of Rx drugs only from July