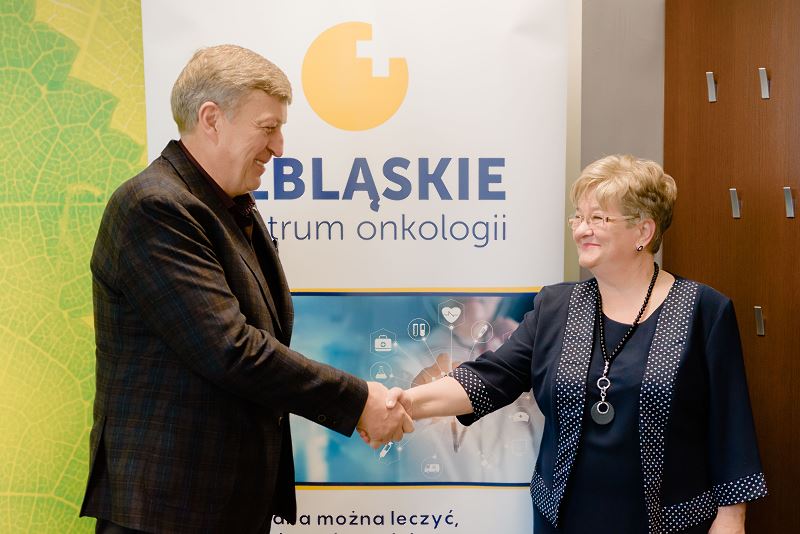 On 10 December, an agreement was signed between Nu-Med Group SA and the Provincial Complex Hospital in Elbląg, under which the Elbląg Oncology Centre was established. Its main objective is comprehensive oncological care. The Centre is also to coordinate patient service to ensure rapid diagnosis and combined oncological treatment.

The Nu-Med Group is a private company that runs the Radiotherapy and Improvement Centre at the Provincial Complex Hospital. The centre has 50 beds. It specializes in radiotherapy services.  It is equipped with, among others, three linear accelerators. Nu-Med also runs an oncology and haematology clinic in Elbląg.

The Provincial Complex Hospital in Elbląg is a public institution with a total of nearly 600 beds.  It runs an over 60-bed oncology ward.

The Elbląg Oncology Centre is a sign that promotes the activity of the centres in the public space.  It is also another successful example of public-private partnership.

PMR: Sustainable growth of dermocosmetics in pharmacies from 2017 to 2023

Author PMR Healthcare Market Experts
At the beginning of July Medicover Stomatologia was joined by the Wrocław-based Royal Dent Clinic specializing in implantology and orthodontics. This is another acquisition...
Read More

Hospital network has not improved access to ambulatory specialist care

EMC has completed the acquisition of Penta Hospitals