Joanna Szyman for PMR: Robotic surgery is growing in strength 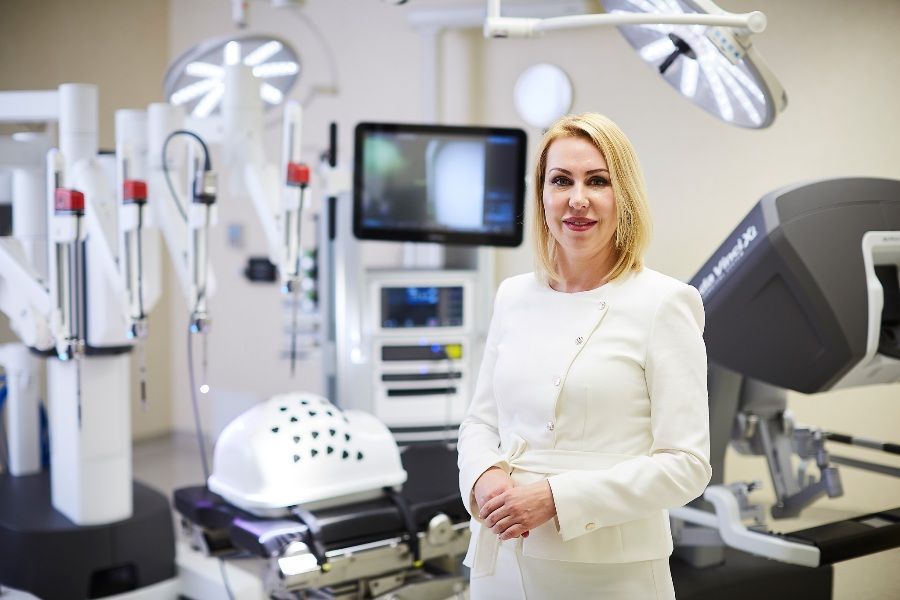 The reality is changing on the surgical blocks, where, in addition to doctors and nurses, bioengineers and robotic engineers work, often also remotely supporting medical teams cooperating with robots, says Joanna Szyman, President of the Board of Directors of Neo Hospital. In Poland there are already 14 authorised da Vinci surgical robots and according to the report “Market of surgical robotics in Poland 2020. Development forecasts for 2020-2025” published by Upper Finance and PMR in the coming years their number has a chance to grow dynamically.

The pandemic did not stop the development of robotics

Around the world, more than 7.2 million operations have already been carried out with the assistance of these robots.  The most substantial number of devices is located in the United States, with approximately one per 90,000 people. In Poland, there is one da Vinci robot per 3.4 million head of population. Nevertheless, it should be remembered that this is a significant progress compared to last year, when there was one robot per 6.4 million inhabitants of Poland. At that time the number was similar to that in Asian countries.

We can safely say that the Polish market is making a qualitative revolution in the field of surgery. New technologies are becoming more and more available for doctors, so that the benefits of these technologies can be used by patients – emphasises Joanna Szyman.

Adepts of robotics surgery are trained, among others, in… Krakow

One of the basic factors determining the pace of development of robot programs around the world is the access to staff, as well as the appropriate class of centers and coaches. These limitations have become more strongly felt by young markets such as Poland, when access to foreign training centers was cut off.

– Dr. Paweł Wisz from NEO Hospital has received the nomination for exam proctoring on the territory of Poland.  For the Polish robotic surgery market, this constitutes an important step forward in the building of local training competence, particularly because Dr Wisz has high-level experience in procedures which use the devices, and also serves on the Board of the European Urological Society – Robotic Section (ERUS), where he is responsible for the standardisation of training processes in the field of robotics surgery – says Artur Ostrowski member of the Management Board of Synektik SA, managing director of da Vinci robotics systems.

It is worth noting that in NEO Hospital are held so called “Case Observation”, where doctors who are adepts of robotic surgery observe the work of an experienced surgeon. In addition, training is carried out with the participation of the Proctor also in the centers from which the doctors who are on the path of education.

– We are pleased that in this extremely difficult time of pandemic we can support new centers of robotics surgery in Poland with our competence and experience.  Personnel training programs are a response to the needs of representatives of the young generation of medical personnel for whom, when choosing a place to work, modern technologies and an organisational culture that encourages self-fulfillment are extremely important – says Joanna Szyman, President of the Management Board of NEO Hospital Group.

Test for COVID-19 to be done at home

GIS with a new chief and more…

Artur Bialkowski for PMR: teleconsultations accounts for about half of all contacts…

LUX MED Group CEO Anna Rulkiewicz for PMR: the three faces of a pandemic and their…

Align to open factory in Wroclaw